The Tangjiahe Nature Reserve has become territory with extraordinary wilderness, with documented biodiversity and a some counts of theriofauna's icons. Tangjiahe Reserve located in Central-West China, is realm to 430 species of vertebrate and as much as 2,400 types of flora. The region is familiar for its rich biodiversity and inspires people by astonishing scenery. Wild Wonders of China delivers insights into the natural history of remarkable creatures, which occurs within the reserve. The mystery region is located in the north part of Sichuan and covers 40,000 hectares in area. The name comes from the river that flows into the inlet of Yangtze. Most of the surrounding area is covered by forests and miscellanea biota. In the past, people who lived in the area relied on the mountains to support themselves. Tangjiahe has become one of few low-altitude areas on the planet, where wildlife have been often found.  Terre sauvage of the region is considered as the key to explaining the tale of biological evolution on the planet. The area has been protected since 1978, resulting in a tremendous return to wildlife.
As the number of animals and birds become less cryptic overall, a trip to Tangjiahe allows visitors to regularly view a plethora of native animals. Central China Biodiversity Region is a natural laboratory of weird ruminants, stange carnivores, rodents and insectivores living by obscurity. Researchers has confirmed living forms of ornithofauna, herpetofauna, invertebrates and even microorganisms. More photographic work is needed in order to document the full spectre of living beings. The animals and worms has been known to live across alpine highlands and bamboo understory. Of the Tangjiahe dwellers are those creatures listed in first or second class of national protected species -  goat-antelope, woolly monkeys, types of deer, badger-like creatures and viverrids. As for smaller mammals, there are rodents such as zokor and bamboo rat.
Wild Wonders of China and iNaturalist has documented many species such as ungulates -  i.e. herbivorous such as discrete tufted deer and creature with humoristic appearance called takin, primates such as tibetan macaques, carnivores such as pig-like snouted hog badger, and among others wild boar, which can be spotted from time to time. As for other creatures are following ones - plantigrade Asian black bear, odd-looking goral and recently recorded Eurasian otter, which are found when has been looked for. Incidentally, population observers can even get a notice of denizens like panda-symbol of wildlife, large cats and wolves. Mesocarnivores such as dholes - a type of wild dogs - are rarely seen. As for smaller mammals, chinese endemic squirrels and species from family Erinaceidae occur in those territories.
Different kinds of animalia are also recorded. Bird life is wonderful and rich, with beautiful chinese flagship species such as huge tawny fish owl and Temminck's tragopan among the highlights. There are rare endemics, such as the gray-crowned crowtit or the gadwall duck living by the waters. Larger variants of snakes and lizards, as well as salamanders was mentioned to  be present in the area. Wild Wonders of China has documented many rare reptiles and amphibians such as the Chinese brown frog and the snake species Pseudoxenodon macrops. In waters of Tangjia River is believed to be present infrequent ichthyofauna, such as endemic Racoma davidi. The naturalists recorded freshwater organisms. Photographic evidence confirmed grasshoppers or dragonflies. Inland molluscs and worm-like invertebrates such as scolopendras as documented to live in the reserve.
Nature of Tangjiahe is fascinating, varied and wild. With the diversity of insects with groups such as beetles and Hymenoptera, and between others- Crustacea, such as freshwater crabs. Other kinds of organisms such as fungi, plants and lichens are examples of menagerie of nature. The diversity of plants are enormous, including some belonging to red lists of chinese genres. 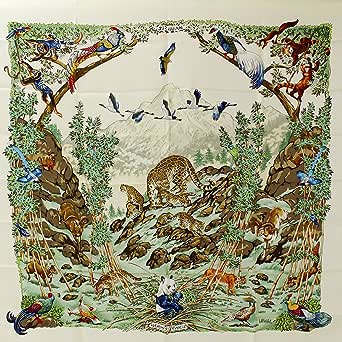 Carnivore conservationists are working for natural history of wild inhabitants, similarly herpetologists are seeking the populations of endemic lizards. Mammalogists are working with a diversity of tetrapods. There could be located both a scientific station and cabin for photographers (in future projects). Entomologist is on the track of insecta and a botanist is studying plants and the ecological requirements. Thanks to the efforts of generations, nature in Tangjiahe retains its original appearance. Due to the unique diversity of wildlife, Tangjiahe was selected to be site for the first pioneering odyssey setted up by the team from project Wild Wonders of China. This article is about the book concerning the results of the photographic activity from the project.  Guide of Tangjiahe Mammals from nature observers of iNaturalist is also mentioned.
After fourteen days, a group of photographers from China, Sweden and the US captured the stunning flora and fauna of the Tangjiahe, from rivers to mountain passes. It was the first ever voyage in the programme called Wild Wonders of China – great fate of incredible Chinese natural heritage and unprecedented triumph of nature conservation. Tangjiahe is a key success story in this part of the world.
The hills of Central and Southwestern China and their inhabitants are classified by IUCN. In nowadays, people has been known to live in harmony with the mountains, adopting the model of green development and sustainable use of natural resources. Local authorities raised funds to build rural cooperatives in industries such as beekeeping and horticulture.

Written by Tomasz Pietrzak and Enviro Challenges Consulting. Contact with author This email address is being protected from spambots. You need JavaScript enabled to view it.. Author is an independent researcher and has  a licentiate degree in biology at Jagiellonian University (2011). It is about inspiring people to further research. Conservation project is going to be active and it means better solutions of coexistence. Image Hermes Sichuan courtesy of Robert Dallet. Licence Creative Commons.
references:
1. The Wild Wonders of China Pioneer Expedition to the Tangjiahe National Nature Reserve by Chen Jianwei and Staffan Widstrand, 2016
2. www.inaturalist.org/guides/9293 : Edytowany przez Ziyu Ma, niektóre prawa zastrzeżone (CC BY-SA)
3. www.xinhuanet.com/english/2020-05/23/c_139080934.htm
4. Tangjiahe a paradise for wildlife by Chinadaily.com.cn. 17:52, August 20, 2021

A conversation on wildlife conservation and travel

Welcome to Conservation Mag where we celebrate nature through ecotourism and wildlife travel while we look for ways to preserve our heritage by supporting nature conservation. Starting conversations about the positive action people like you and I are taking to make a change, we discover and discuss strategies that result in the expansion of natural areas.

!
WELCOME. PLEASE, TURN YOUR ADBLOCK OFF!
It looks like you're using an ad blocker. That's okay. Who doesn't? But without advertising-income, we can't keep making this site awesome. It's for a good cause.
Thank You!
Refresh